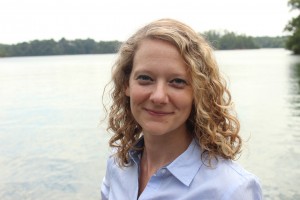 The Lake Lanier Association has concluded its 2-month search for a new Executive Director! “Today we are announcing Jennifer Flowers as the new Executive Director for the Lake Lanier Association. Jennifer is a local Hall County resident with the education, work experience and competence to become a great asset for our Association. She comes to us from the City of Gainesville Department of Water Resources and shares our passion for Lake Lanier and preserving our natural resources”, states John Barker, President of the LLA.

Jennifer’s credentials are impressive – A UGA graduate with a B.S. in Ecology, a Masters of Environmental Law and Policy from Vermont Law School and 10 years of experience working in the water resources field. In addition, she was accepted into the 2019 class for the Institute for Georgia Environmental Leadership.

“I believe Lake Lanier is the most important resource for the surrounding communities and arguably all of Metro Atlanta. It is an economic driver for regional opportunities for recreation, area development and drinking water for residents and industries. Without Lake Lanier, the region and state would not be what they are today; which is why I am thrilled to be in this new role.” said Jennifer.

“I am looking forward to the journey and contributing to the current and future initiatives of the Lake Lanier Association. I am excited to begin working with the very committed Board of Directors, volunteers, and community leaders of North Georgia to preserve a CLEAN FULL SAFE Lake Lanier”, said Jennifer Flowers.

More information about the Lake Lanier Association including how to get involved can be found at https://lakelanier.org/get-involved/ or contact either John Barker or Jennifer Flowers at 770-503-7757.

Please contact your state level elected officials and ask them to vote for HB 356!

March 7th, 2015 Posted by jcloud News 0 comments on “Please contact your state level elected officials and ask them to vote for HB 356!”

For specific details regarding the bill, please click the below link.
http://www.legis.ga.gov/Legislation/en-US/display/20152016/HB/356

Below is a list of state representatives and state senators that represent areas surrounding Lake Lanier along with the office phone and email contact information.

The Hall County SPLOST VII 2015 voting is now open. This is a vote to extend an existing SPLOST that is expiring in July 2015 — this would NOT be in addition to a current sales tax. While there are several important things addressed in this SPLOST VII, of particular interest to Lake Lanier stakeholders, there is money earmarked for Lake Lanier shoreline preservation projects that will benefit lake users. Without a SPLOST for all the items addressed in this list — road improvements, emergency response upgrades and equipment, etc. — the tax burden for these items would probably have to shift to the property tax bills.

Click the below link to see full details of the Hall County SPLOST VII:
http://splostvii.com/pdf/SPLOSTVII_Complete%20List.pdf

This is from Forsyth Commissioner Cindy Mills’ Facebook page regarding the proposed Wildcat Creek Park in North Forsyth.

Cindy Jones Mills It’s a lake park at the end of Crystal Cove road that the Corp of Engineers just gave to us. We voted to design it and I was having a community meeting to get input from the area. It’s 28 acres at the end of Crystal Cove road. It’s really early on. We have just voted to send it out for a RFP for a design. This is just to get community input. I had sent out 250 letters inviting people who live in that area to a meeting tomorrow night and now bad weather or the threat of it has caused us to delay until next week. I hope to get some good input from the people who live in that area. Thanks!!

The US Army Corps of Engineering is seeking public comment regarding a change concerning community docks. Comments are due by 4:30PM, December 15th to the email address listed below.
———————
Lake Sidney Lanier Project: USACE soliciting public comment on Shoreline Management Plan update

MOBILE, Ala. -The U.S. Army Corps of Engineers (USACE), Mobile District, is soliciting public comment on a reversal of a change to the Lake Sidney Lanier Shoreline Management Plan (SMP) that was made in December of 2012 concerning community docks on Lake Sidney Lanier.

“After soliciting public input in 2011, a decision was made to change the SMP to set a deadline for community dock permittees of undeveloped communities with existing permits scheduled for expiration between 2009 and 2013. These permittees were given until December 1, 2014 to obtain an approved Local Issuing Authority (LIA) final plat,” E. Patrick Robbins, Public Affairs Officer said. “However, since the economy didn’t recover as anticipated, several of these developments are just now getting to a point of being able to move forward.”

USACE is proposing to change the SMP to allow these permittees to have until the expiration of their current permit to obtain the LIA.

“For any new developments seeking a community dock, an approved LIA preliminary plat or a letter from the LIA attached to the plat stating that it meets the LIA requirements must be provided before a conditional community dock permit will be issued,” Robbins said.

The Lanier Partners of North Georgia are hosting their annual Pirates of Lanier Poker Run on July 18th and July 19th, 2014. This event is a fundraiser for Camp Sunshine, a camp for children diagnosed with cancer, and the Boys and Girls Clubs of Hall County. The Lanier Partners have asked the Lake Lanier Association to get the word out to our members about the event and to let everyone know that this year there are five different designated Spectator Areas to allow people who may not be participating in the Poker Run to safely come out and watch the excitement of the event.

Of course, if you want to participate in the Poker Run, you are welcome to do that too! There are all kinds of different boats and floating creations that will be in this event and it is a lot of fun to be involved. There will be a mandatory Captains Meeting on Friday, July 18th and the Lake Lanier Association will be in attendance. If you are participating in the event, be sure to stop by our table at the Captains Meeting and say hello! 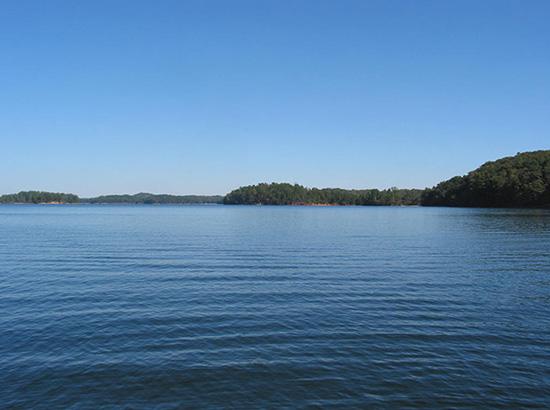